Manuella Muerner Marioni was born 1964 in Thun, Switzerland. She studied art and fashion design at the New Art School Zurich (Switzerland). After study she made several trips abroad for art-studies in Florence (IT), Vienna (AT), Lisboa (PT), Paris (FR), Spain, South America and USA.

For seven years she collaborated with the NIKI DE ST. PHALLE FOUNDATION in Germany, Switzerland, France and USA. During this time Niki de St. Phalle was her friend and personal teacher.

She has been featured in group and solo shows at museums, galleries and cultural Centers in Europe, Asia and the US, including Zhou Brothers Foundation Chicago, Southern Nevada Museum of Fine Art in Las Vegas and solo shows at the International Museum of Contemporary Art ITALIA ARTE in Turin and at Artifact in New York. The artist regularly takes part in major art fairs such as Art San Diego, Artexpo in New York and Spectrum Red Dot in Miami. 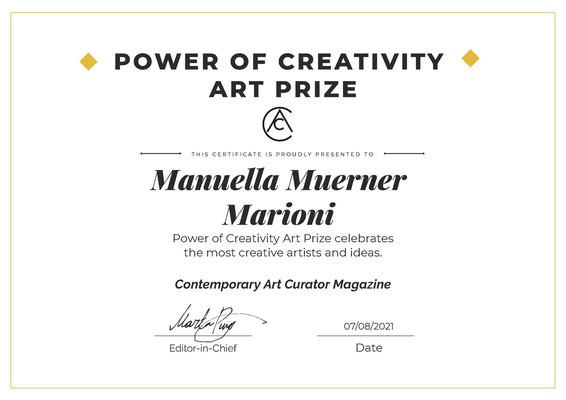 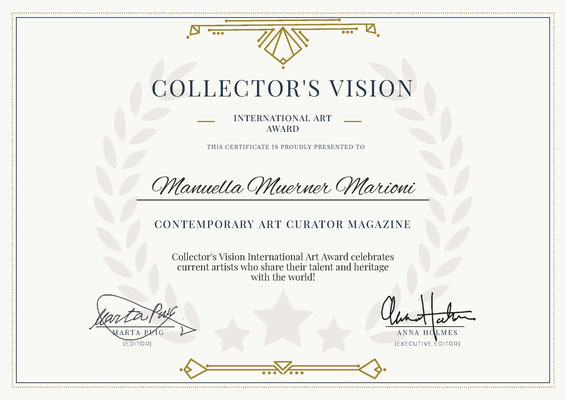 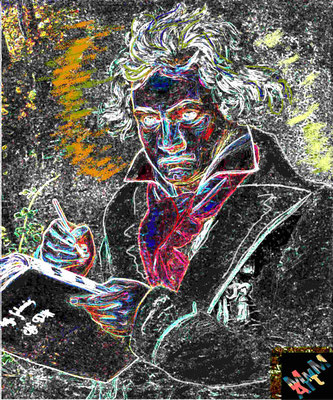 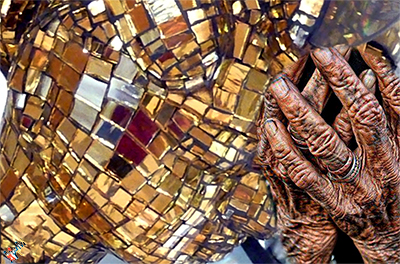 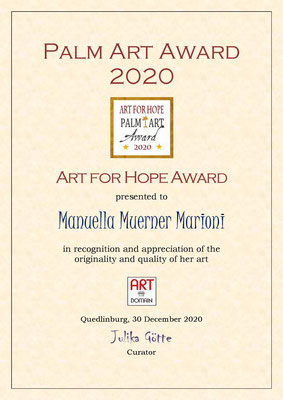 ARTIST OF THE FUTURE AWARD 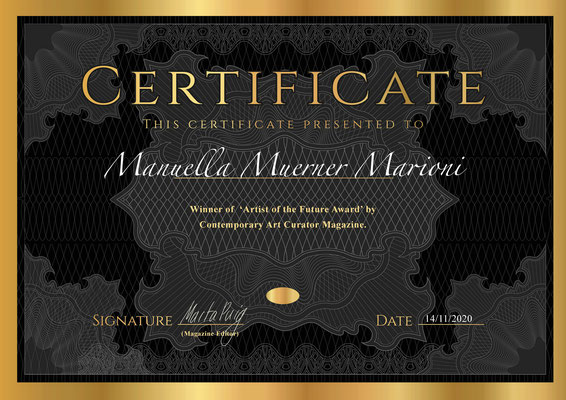 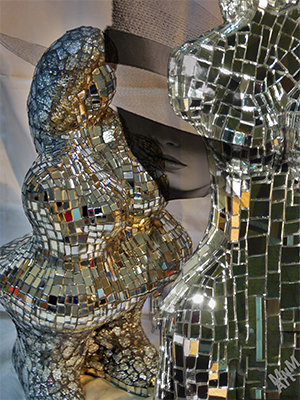 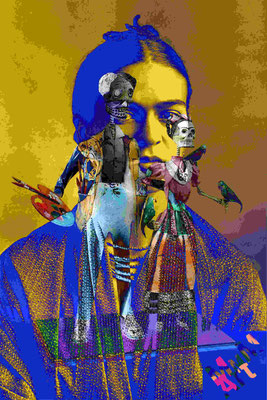 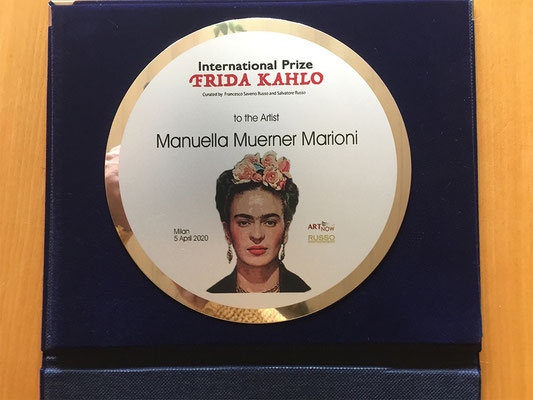 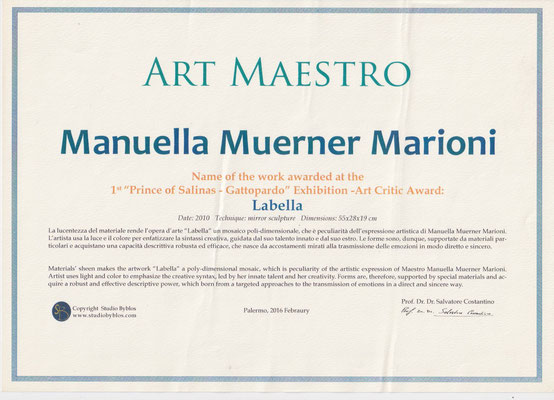 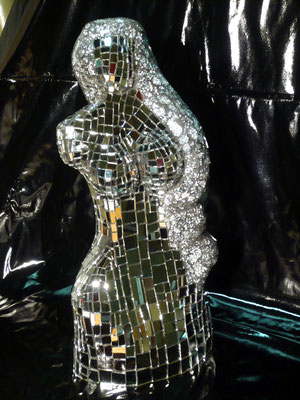 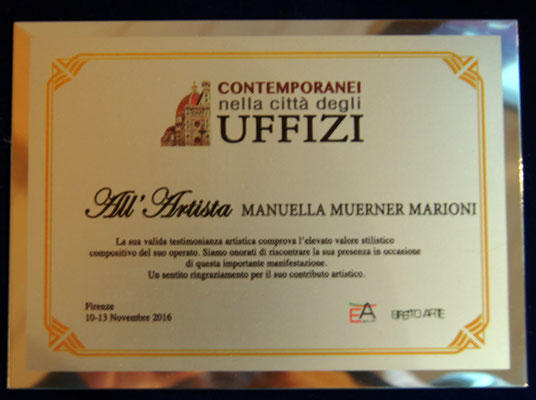 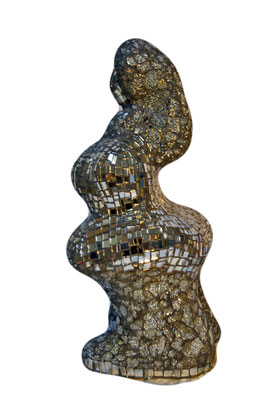 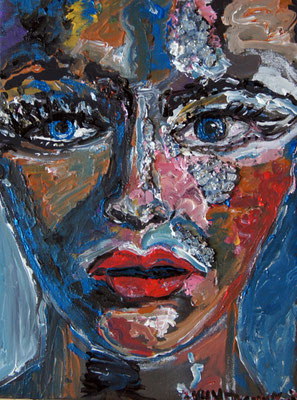 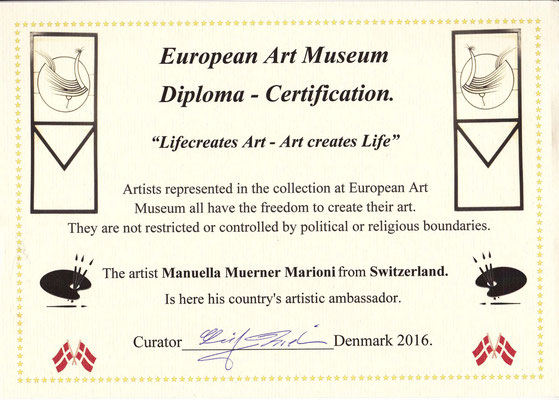 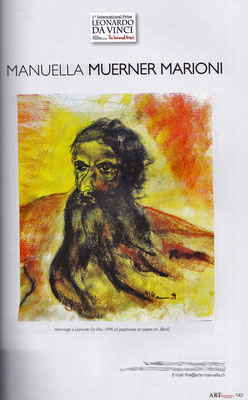 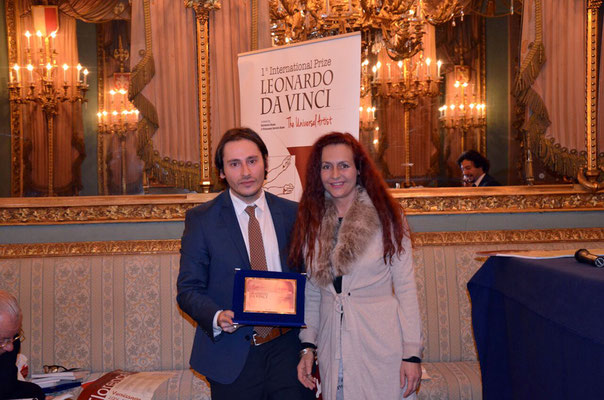 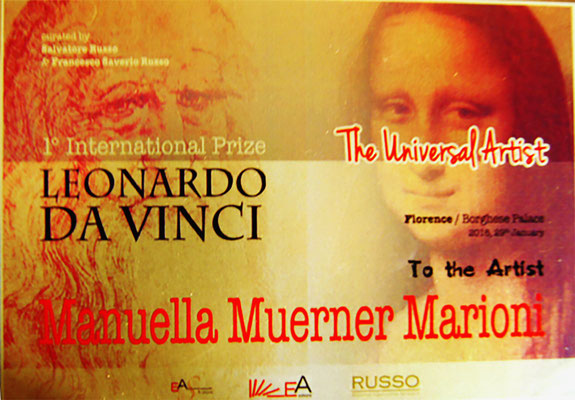 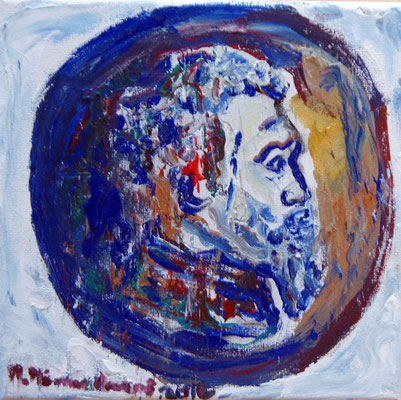 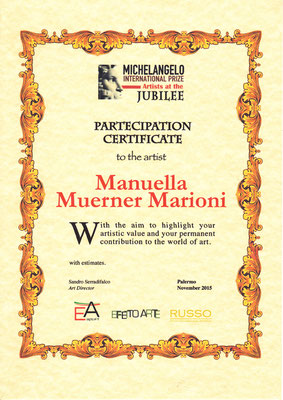 In my work, my purpose is to break away from the stringent order of society, to unleash tensions and to bring about a vivid confrontation with the issues of “form” and colour”. Playing with “Contradictions” is the name of the game. In simple terms, art is clearly the creation of contradictions which must be compensated for; art is a blend of contradiction and order.

An intense abstract portrait, a triumph of abstraction in which the real traits a face and their feauters, are revisited, dismantled and changed to then, be given back to the spectator in a new visual interpretation.

In the artistic philosophy of Manuella Muerner Marioni Life and the Being plays an absolutely important role, both conceptually and visually. We could say that both are part of a single fascinating idea that existence blends utopia and reality in a game of shapes, space, color.

The artist's aim is to break the order of use of conventional society and the world, showing him through a reflection ephemeral, changing, mutation always new.

In mirror or glass is reflected or absorbed the real space, turning into light and color, allowing the viewer to become part of the creative process of the artist through his image, , becoming an integral part.

The sculptures of Manuella Muerner Marioni break the visual schemes of classics, when in the shape and space come togheter in a close dialogue in search of a new identity.

This may be, from time to time, the viewer reflex, daylight or darkness of the night, the chromaticism of nature or urban environment...

An art criticism by Dr. Guido Folco, Director of the Museum ITALIA ARTE